As we arrived in Martinique we were really happy because we would meet Frederika again. They were supposed to go to Saint Vincent, but Michel broke his arm and they had to go to Barbados and then stay in Martinique for six weeks. We anchored right outside of the marina that they were in and we spend a lot of time with them. We went to the beach with them, ate ice cream and had loads of sleepovers. On the 17thGrossmami came and she stayed until the 25th. Because she came in the evening when it was already dark we decided to stay one night in the marina. With a bit of struggles we managed to book a night and so we could go and pick Grossmami up. But to pick her up we needed to rent a car. We went to four different car rental places and at the fifth one we finally got a car. It was a small one, but we managed to squeeze five people in plus a suitcase. I don’t know what was wrong, if all their cars were broken, if they didn’t want to give us a car or if they just had rented out all their cars. Anyway, at the end we got a car and were able to drive to the airport. Since we were in the marina we were also much closer to Frederika and we could play with them more often. We had a sleepover on the day Grossmami arrived. With Grossmami we did some sightseeing in Fort de France, unfortunaley the Fort was closed, but the city was nice. We saw one dead iguana, but sadly no alive ones. We went to the Shoelcher library and I read some French babybooks for French lesson (they speak French in Martinique). Then we went back and had some dinner and went to bed. The second time we went to fort de France we were actually supposed to go to a iguana island, but we never found it. As we arrived in Fort de France we saw one iguana on a pavement by the sea (alive this time). We met two people and they said that there was a mini forest with loads of iguanas, so we decided to go there. It turns out that it was the same forest as we were in last time, but we didn’t look, so we didn’t see any. If you look around a bit you see loads of iguanas. I was very impressed that they walk on land, climb trees AND swim. After taking hundreds of pictures we went back to the marina. In the evening we were at Frederikas and had some nice dinner.

On the 19th it was Andrins birthday, and first he opend presents, then we played a bit, went to a beach and at four a clock we had a party. We had some dinner at the beach and Kayla had made a little treasure hunt for us. Then we ate cake. Then we went back to the boat, watched Harry Potter and then had a sleepover. After three nights in the marina we went to a different anchorage. There we saw loads of turtles and swam with them a lot. On the 23rd we went back to Trois Iles were Frederika was. We spent Christmas there and on the 25th Grossmami sadly had to go back to Switzerland  and we brought her to the airport. After a few more days playing with Kayla and Melina we left Martinique and sailed towards Bequia (pronounced Beqway). 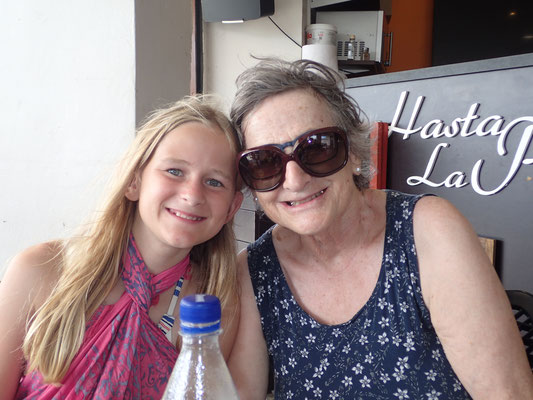 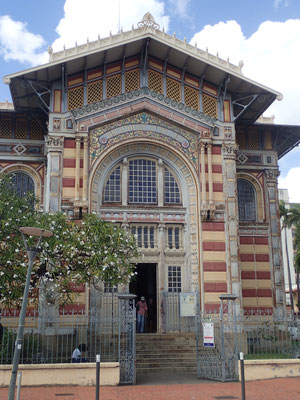 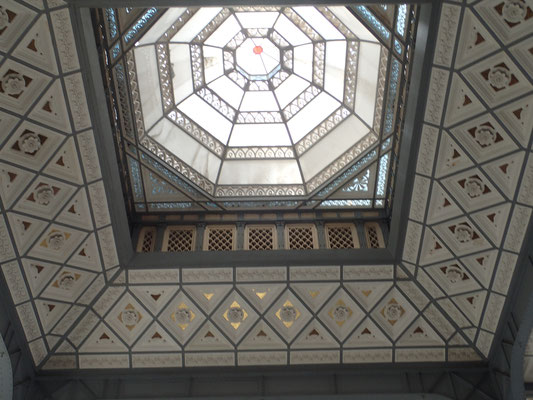 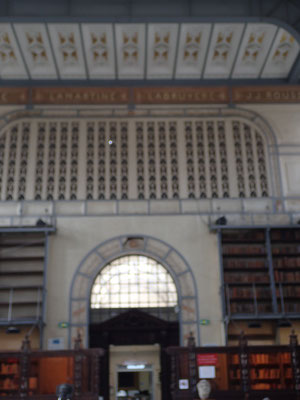 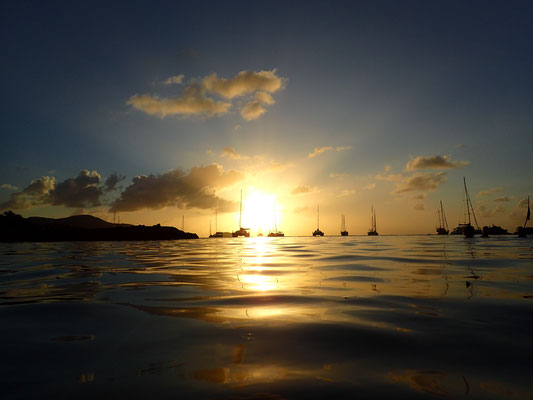 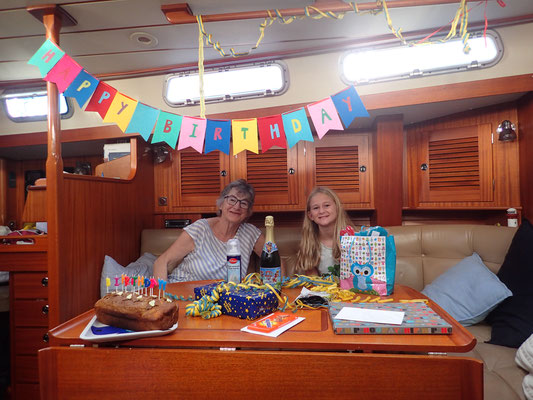 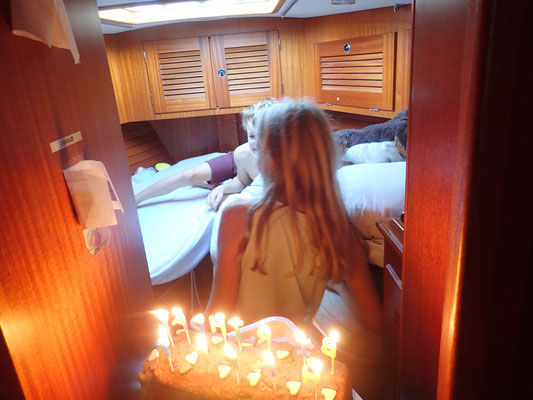 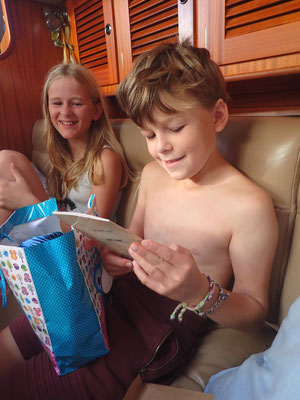 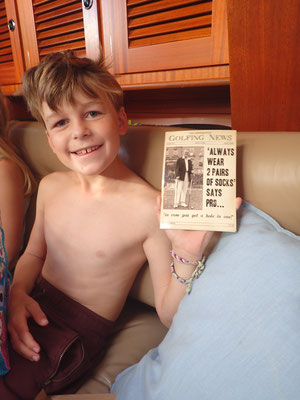 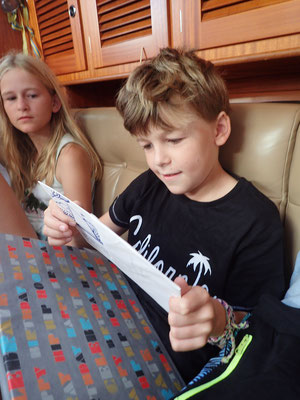 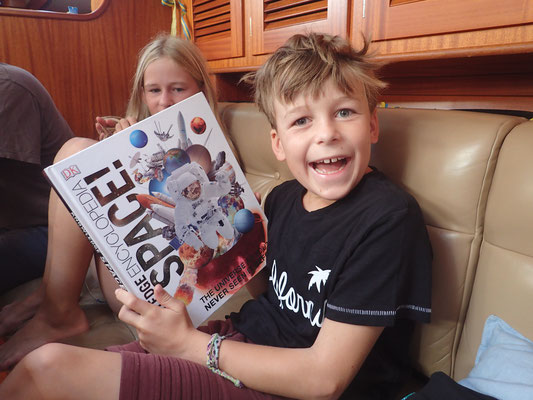 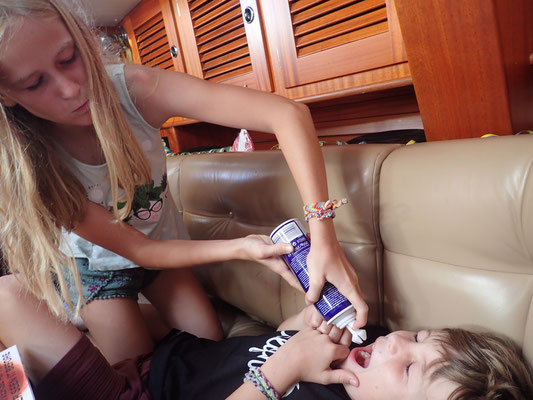 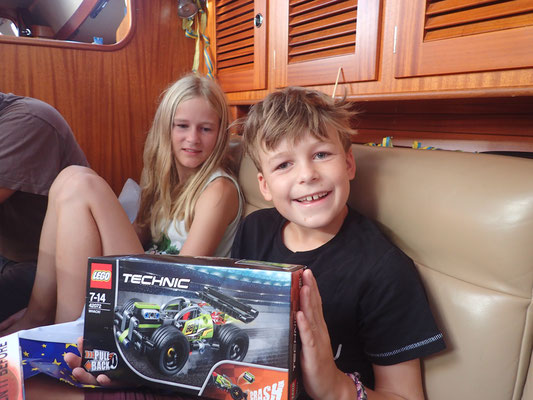 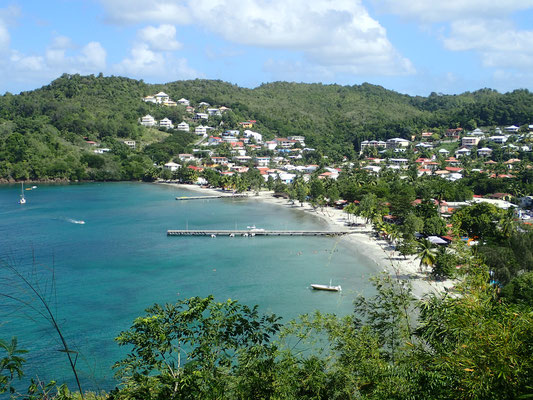 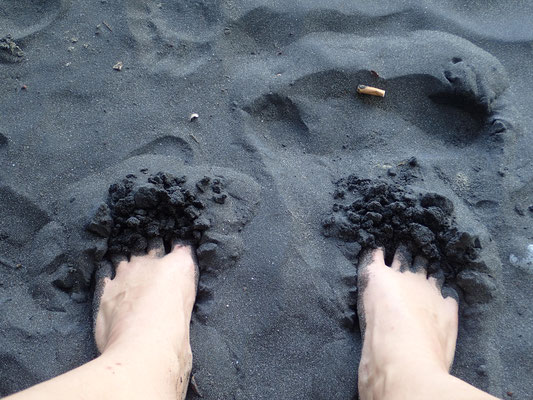 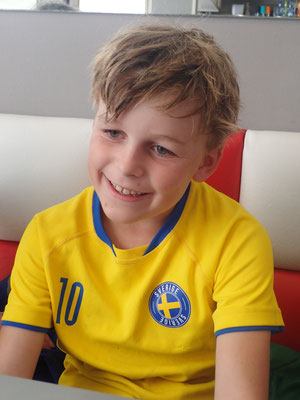 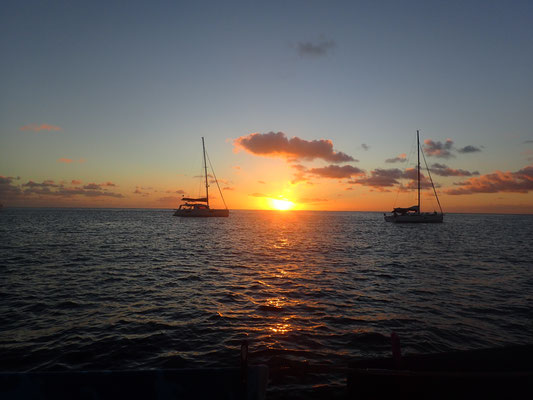 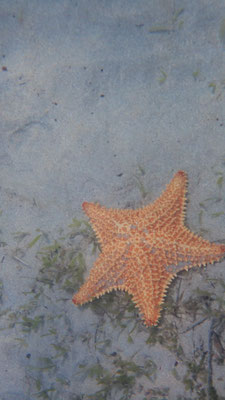 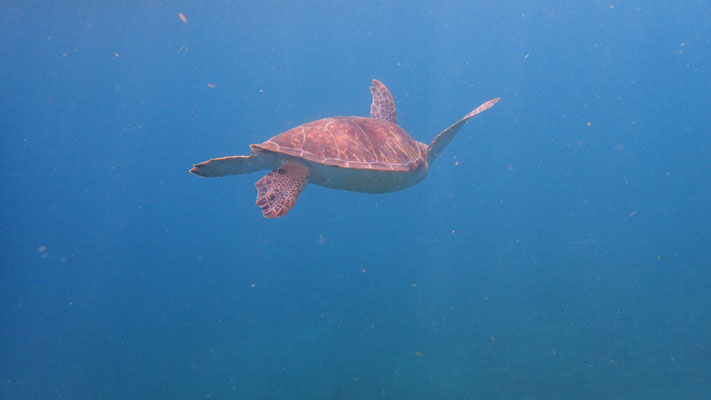 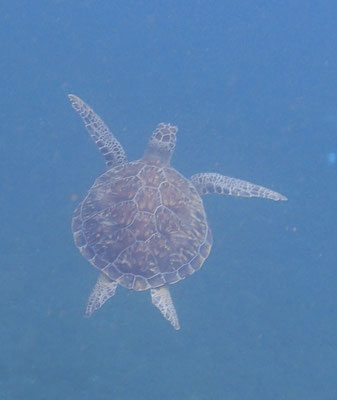 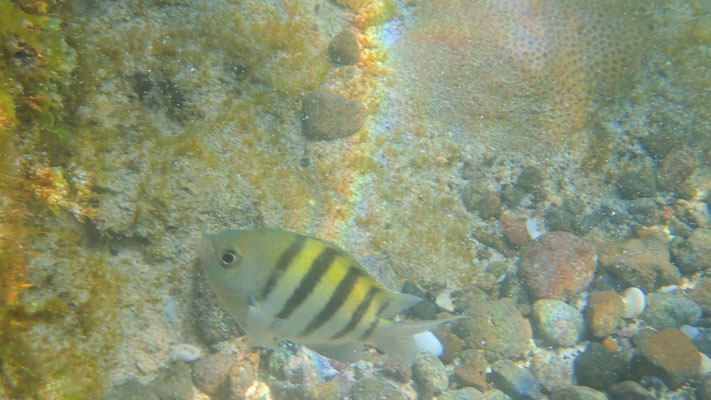