We stayed in Quinta do Lorde in Madeira for one week, but it went past very fast. We arrived just before Ngahue IV and I tried to call the marina many times, but nobody answered. We just went in and parked where there was space. Just by the marina there was a resort and everyone in the marina got a discount for the restaurants and the pools, so we went swimming there. We met two kids from Ireland and they were called Lillian and Rory. As they arrived we found out that Rory was 9 and Lillian just turned 12 on that day. We wished her a happy birthday and celebrated her birthday by going swimming and eating an ice cream. We played with them all week and it was a lot of fun.

In Madeira we also rented a car and drove around a bit. With the car we went up some REALLY steep mountains and we were quite scared.

On another day we went hiking in some levadas. On the description it said that the whole hike would take about 6 hours, but we made it in about 4 and a half hours. The hike was a lot of fun and it was nice to move a bit, because when we are sailing we don’t do a lot. As we came to the top of the mountain we drank some water and ate some biscuits, and then we walked down again. As we came down we went in to the car and drove back to the marina. Everyone was very happy and we had a very nice time.

The most fun thing we did in Madeira, was going Scuba Diving. Papi has gone scuba Diving before and he had some scuba diving lessons in Sweden, but the rest of the family had never done it before. Just in the Marina there was a scuba diving place, so we decided we could try it. First we had some theory lessons and then we went in to a pool and learned how to breathe under water. Then we went out into the sea. We saw some rainbow-colored fish and some strange slug thingy. Later we got a video that the diving instructor made.

After one week of fun, swimming, playing, cinema nights etc. with friends from our pier, we left Madeira and headed towards La Graciosa. 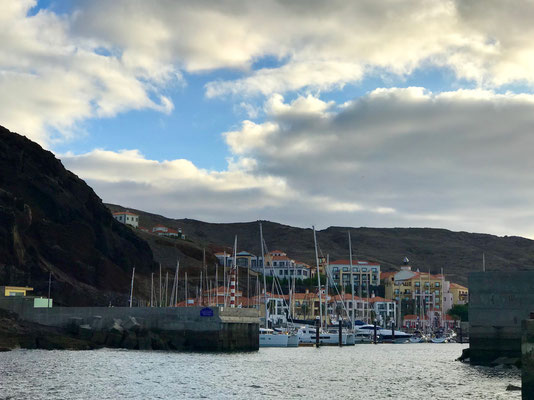 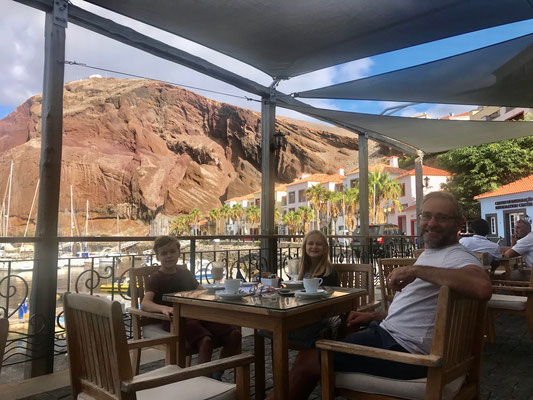 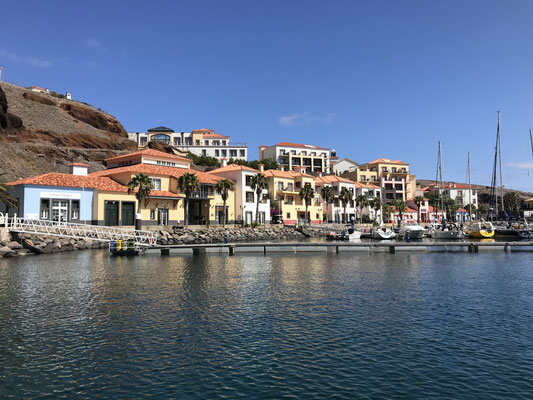 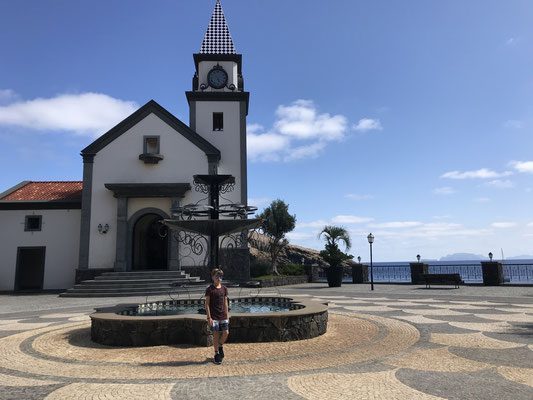 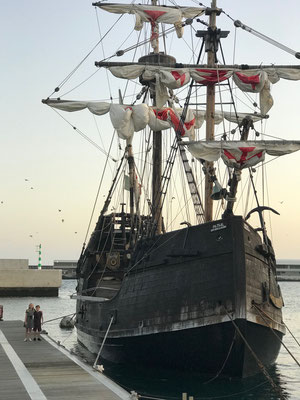 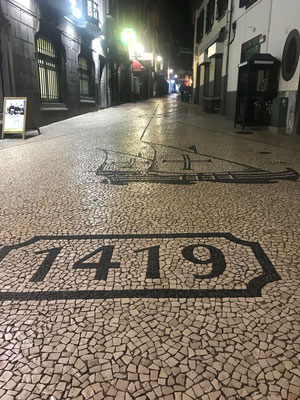 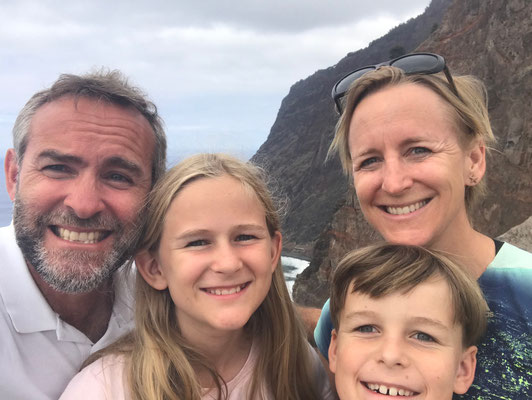 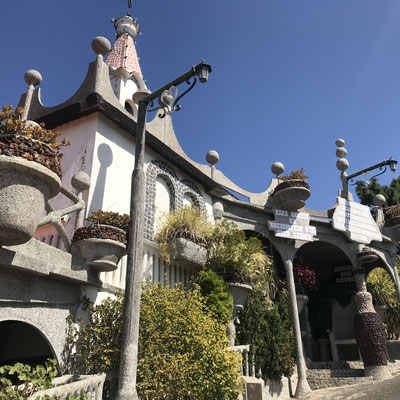 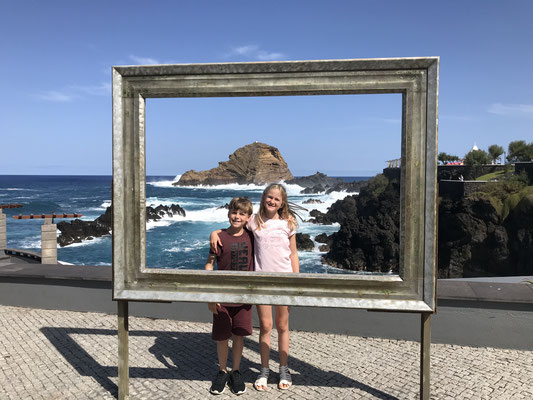 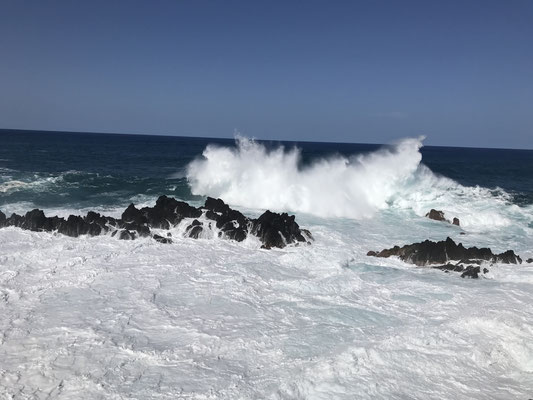 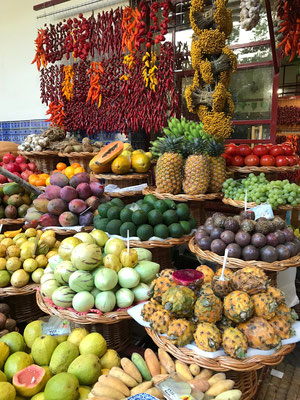 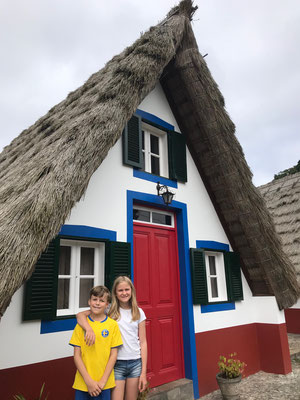 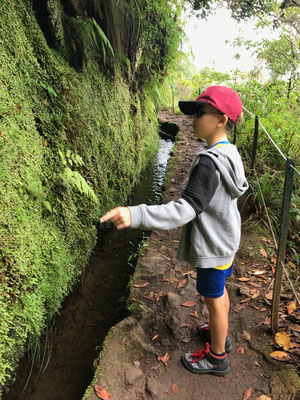 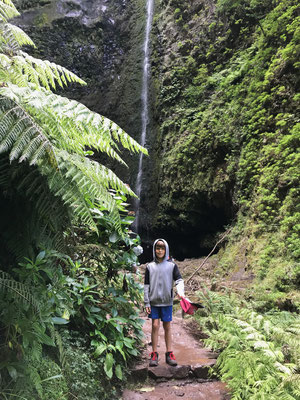 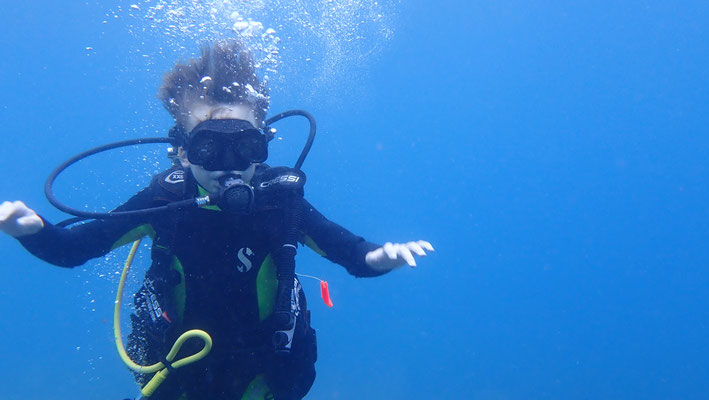 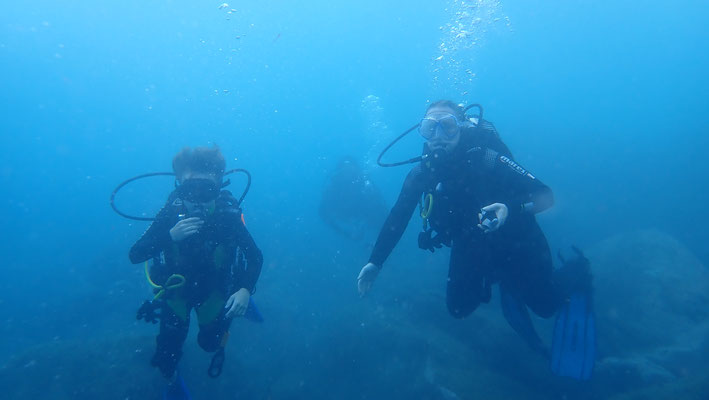