The trip from Vigo to Porto wasn´t so much fun, as we had to motor most of the time. But when we came to Marina Duoro, we were very happy, because it was a very nice. The woman at the check-in was very friendly and she explained everything to us, even all the sightseeing in Porto. Additionally she said that all boats get fresh bread every morning for free.

After a bit of a rest we got ready to walk to the village Sao Pedro da Afurada. The first thing we saw was a little public washing house where some women were washing lots of clothes. On the way in to town we saw loads of houses with nice tiles and holy pictures.

As we arrived in town it was raining really heavily and we all got soaked. The lady in the marina had told us about a bookshop where J.K. Rowling got inspired for the Harry Potter books. We went there and there was a massive queue, but we decided that we would wait, so Papi and I went to buy tickets so we could go in, while Mami and Andrin waited in the queue. Then we finally got in and it was very packed but nice. There was loads of Harry Potter books everywhere, but not so many other kids books in English. When we came out again it was pouring down and we were all hungry, so we decided to go to a restaurant. There we had some food and then we went back home.

The sail to Lisbon was ok and as we arrived we had to tie up on the reception pontoon first. We checked in and then we went to our place. We met loads of boats that we had met before, like: Ngahue 4, Fredrika, Zaphire, etc.. The facilities in Cascais marina were not very nice, because they didn’t have toilet rings, but then we found some nicer toilets.

In Lisbon Grossmami came to stay for a while. We walked around in Cascais, ate some food there and looked at all the nice little shops.  An other day we took the train to Lisbon and there we had some nice food, before we went to look at a nice big church. We also went to a castle and tried pastel de bacalhau, a Portuguese fish and potato cake. Later we went to a bakery and found out that it was a prize-winning bakery for the best natas. Of course we had to try them too and indeed they tasted delicious. We could even see how they were made.

We went to do some provisioning and then we took the train back to Cascais marina. When Grossmami had to fly back we got up early to take her to the airport. After waiving goodbye to her we had some breakfast in the airport and then we went back. After a few days in Cascais we left and went sailing again. 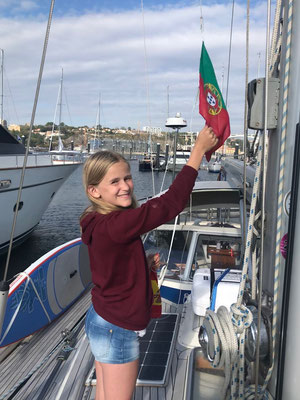 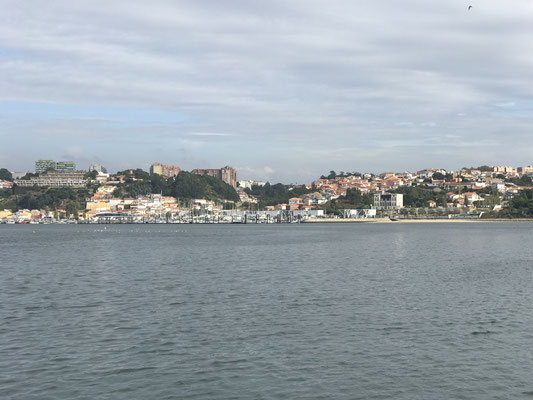 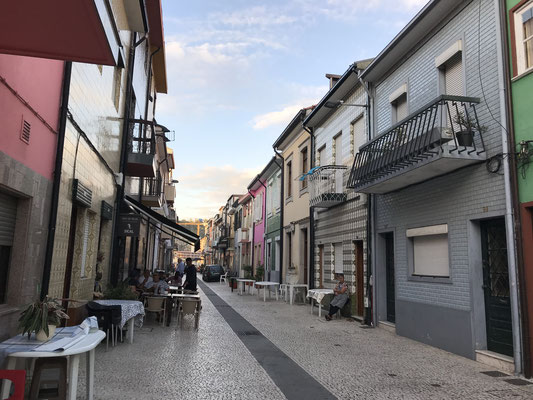 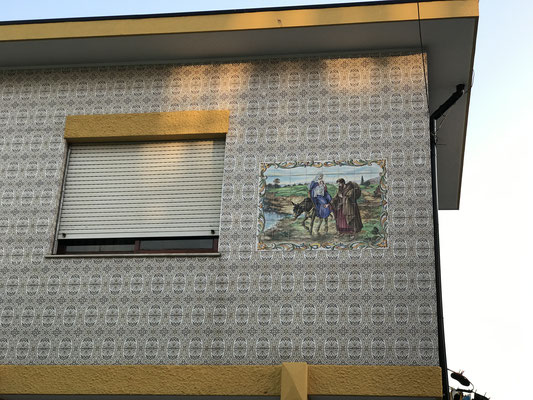 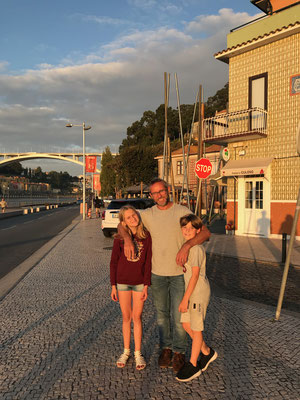 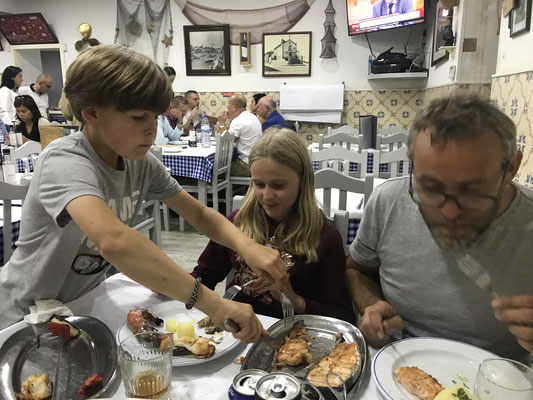 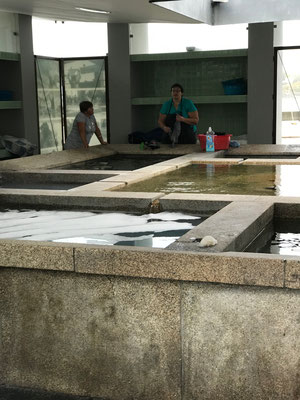 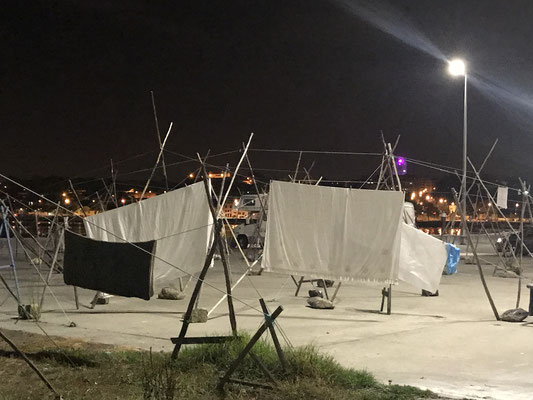 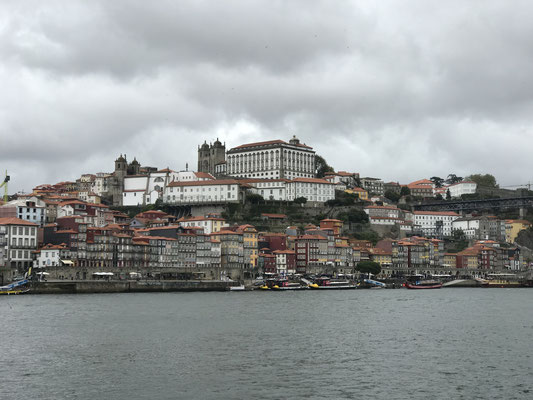 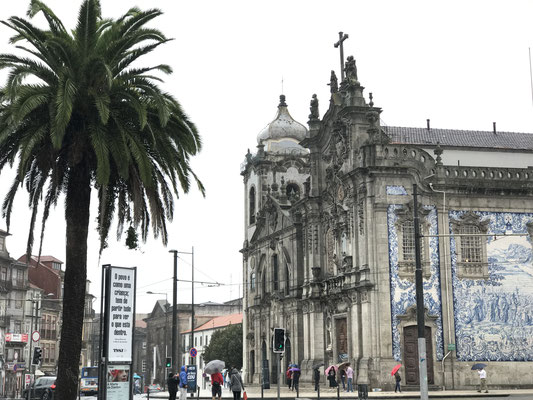 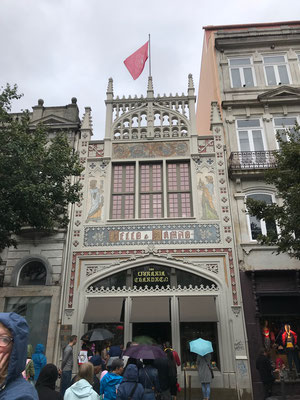 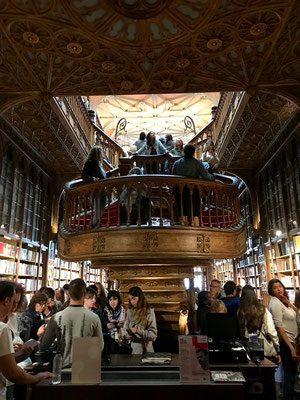 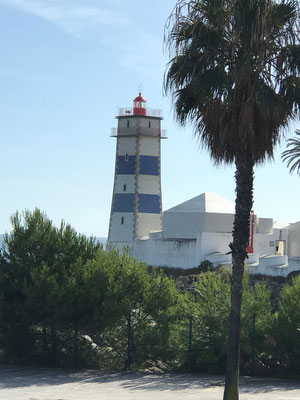 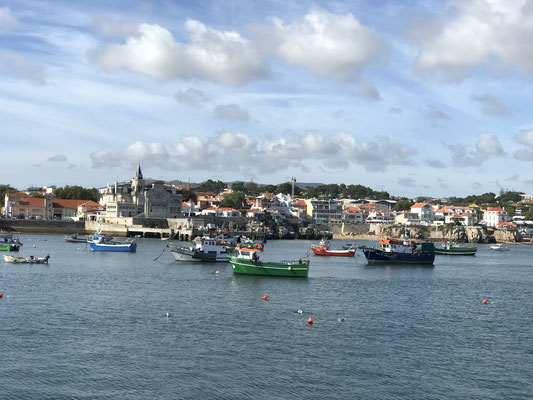 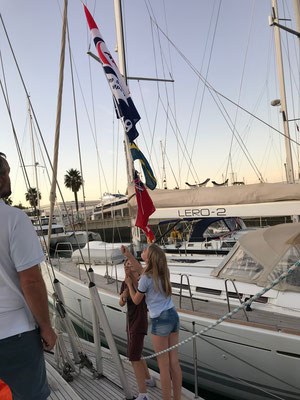 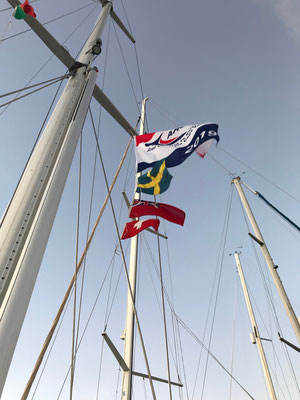 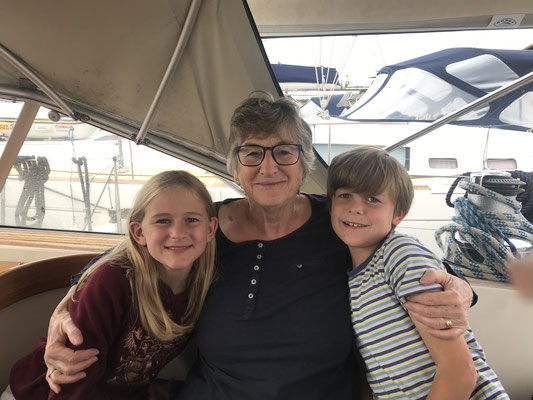 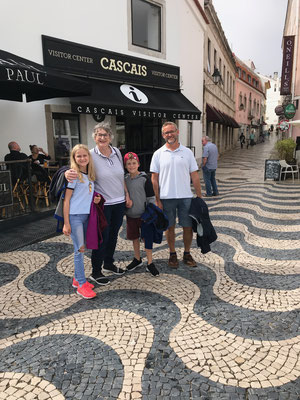 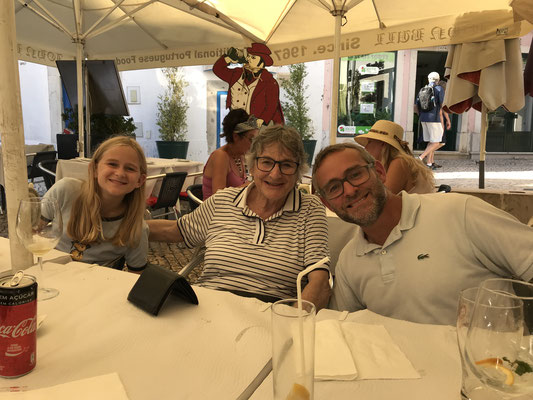 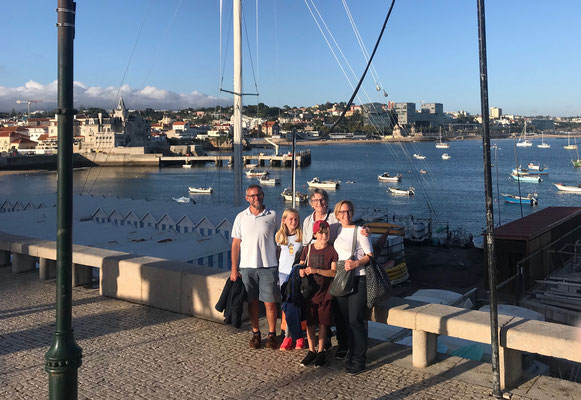 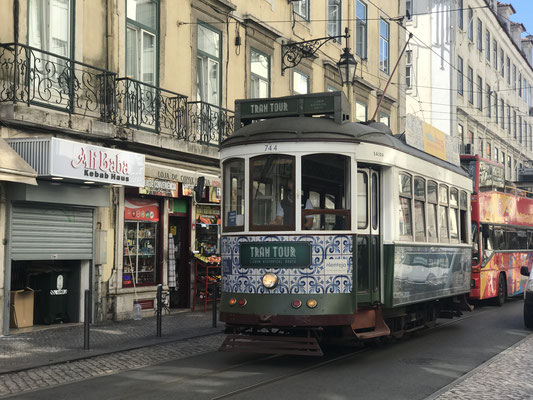 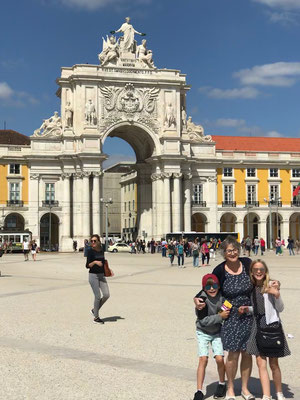 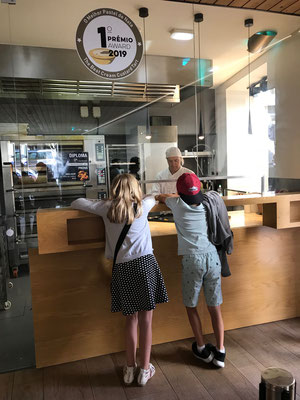