We were very excited and a bit nervous to cross the Bay of Biscay, but when we arrived it didn´t feel like we had done the Bay of Biscay yet. We arrived in A Coruña on the afternoon, so when we were all settled it was already dinnertime. We decided that we wanted to eat out on our first evening in Spain. We found a pretty good restaurant and Mami, Andrin and I shared Paella (saffron risotto with some shrimps, mussels and other seafood), Christian had some shrimps and Papi had some white fish. After the food I got a frozen Yoghurt and Andrin had an ice cream. Since the Spanish people eat dinner at about 10 o’clock in the evening and we also ate then, it was already dark when we went back home.

Andrin and I saw some big fish in the marina, so we got our fishing net out and tried to get one. We didn't really think that we would catch a fish but we did. The fish didn't move so much we put him back in the water.

On the next day we met someone who also had a Hallberg Rassy and Mami and Papi already knew them, because they had a talk at the Hallberg Rassy open yard in August. They were called Laura and Marco and we talked to them for a while and they were very friendly. They have a Hallberg Rassy 53 and its called Ngahue 4. They are doing the world ARC.

Just next to the harbor there was an old castle and we went to look at it. It was two Euro for adults and one Euro for children. We went in and looked at all the old things, there was a little lake in a cave and it was all very nice. From the top of the castle we could see Mathilda and all the other boats in the Harbor.

Mami and Papi were always really annoying and said my hair was too long. So one day I surprised them and decided to cut it.

In A Coruña you can go and see the oldest lighthouse in the world, which is still standing, it’s called: Hercules tower. When we arrived there we wanted to go in, but it was a bit expensive and its only free on Mondays, so we just looked at it from the outside and it was very nice. We also played some games at the foot of the tower and it was very windy.

We went to a Beach on the other side of A Coruña and stood by the water, until a big wave came and except for Christian we all got soaking wet (we didn’t have swimming clothes on). After a while in A Coruña we had to say good-bye to Christian and he took the bus to the airport. It felt like Christian was part of the family and we were sad when he left.

Every morning we did some school and then we were free for the rest of the day. For the first time on this trip, we met some boating kids. They were called Charlotte and Luke, came from America and lived on a Catamaran called Havok. They were very nice and we played games and baked with them. We even stayed two extra days in a Coruña so we could play with them.  All together we stayed in a Coruna for nearly two weeks and it felt good because we knew our way around the town very well. 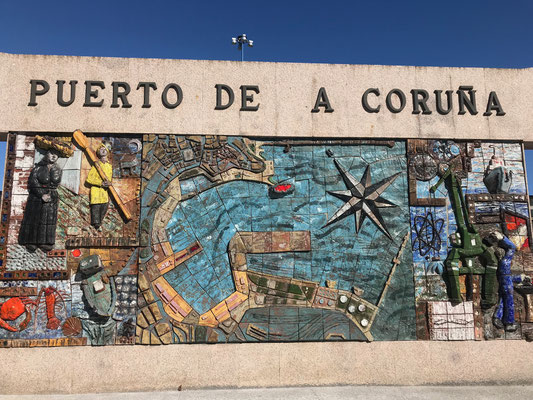 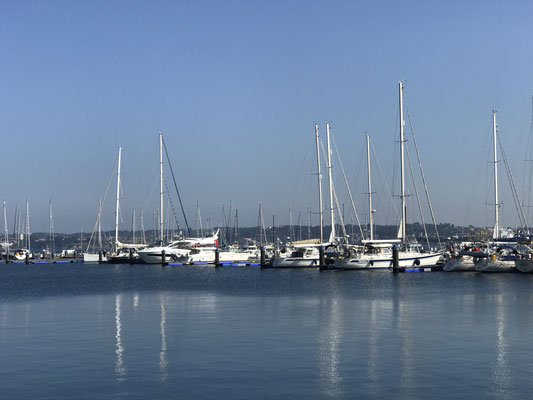 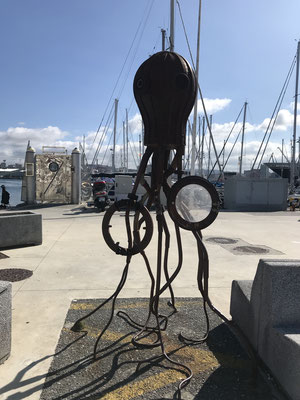 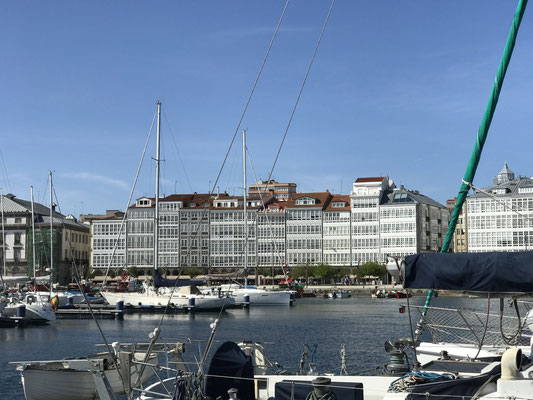 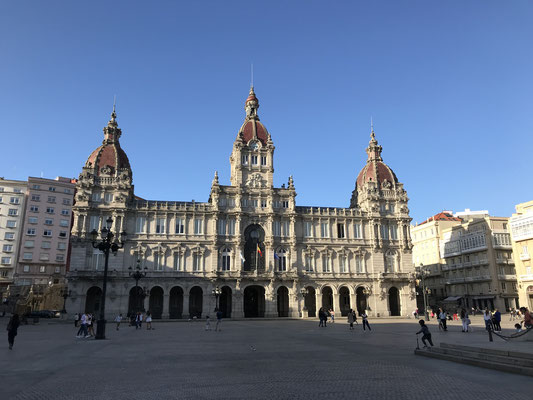 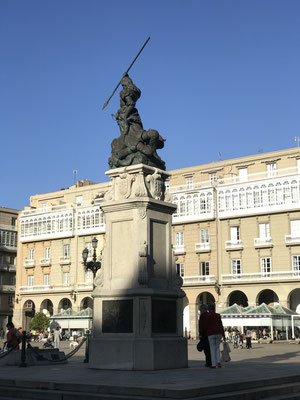 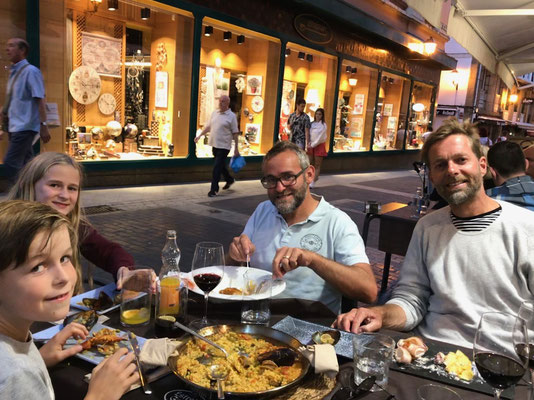 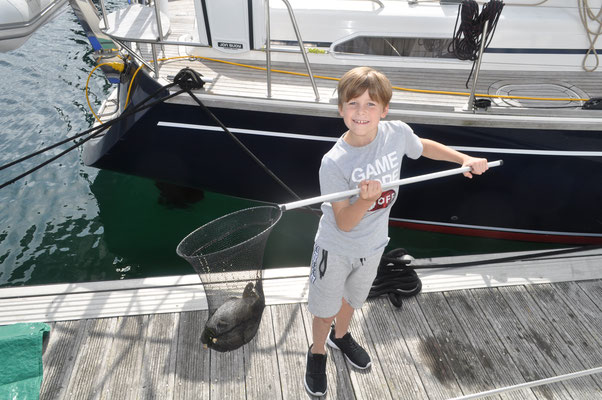 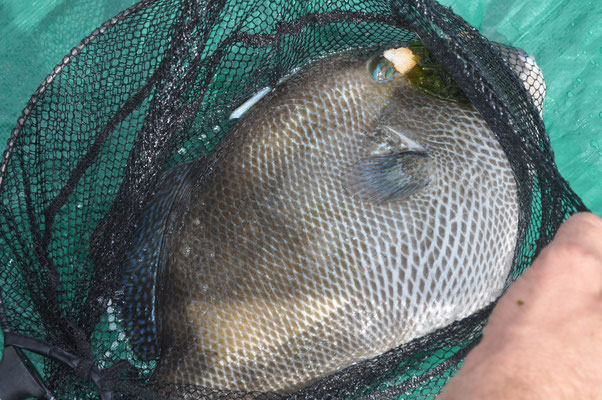 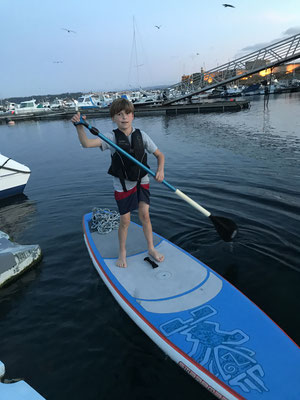 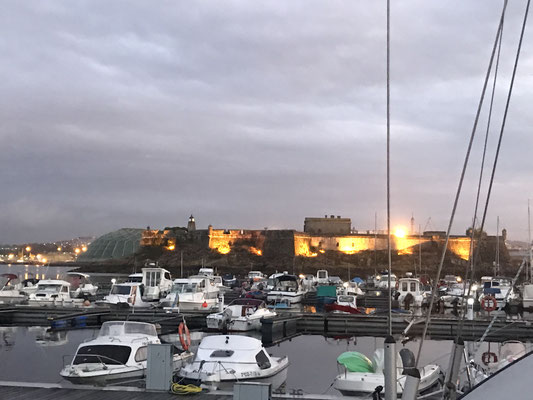 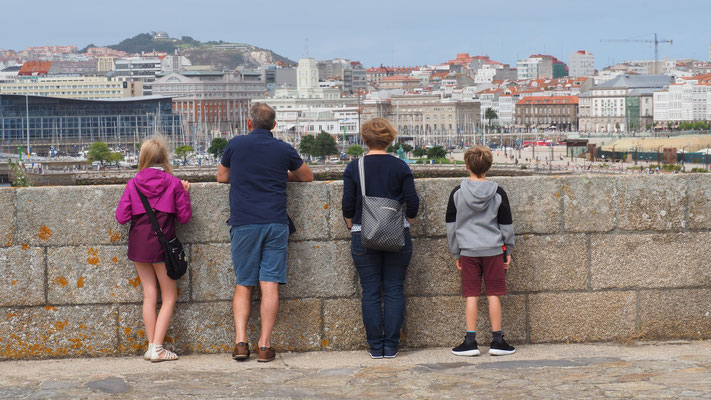 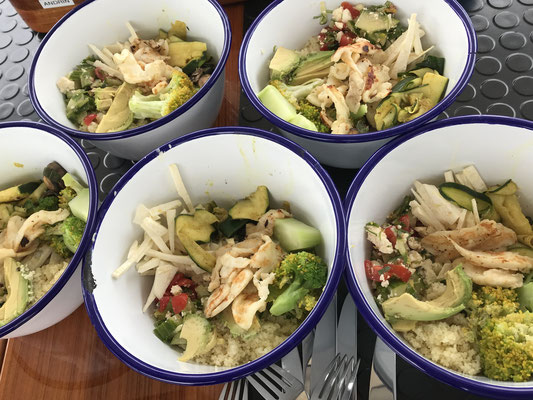 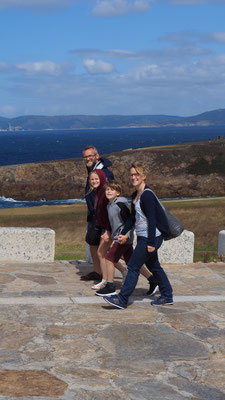 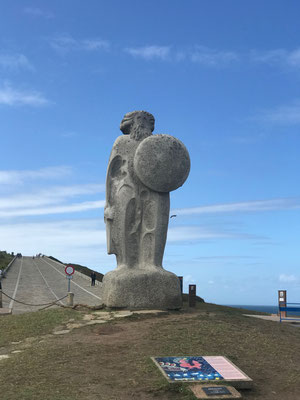 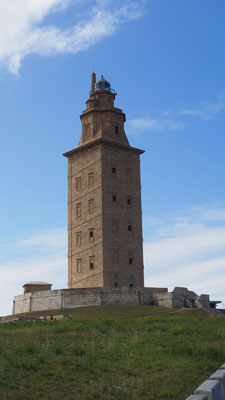 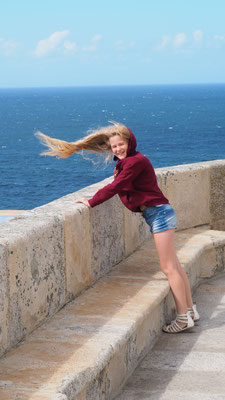 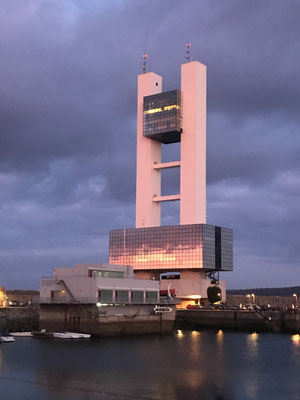 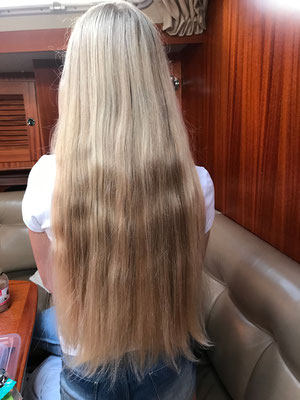 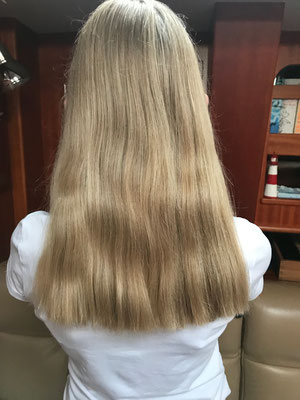 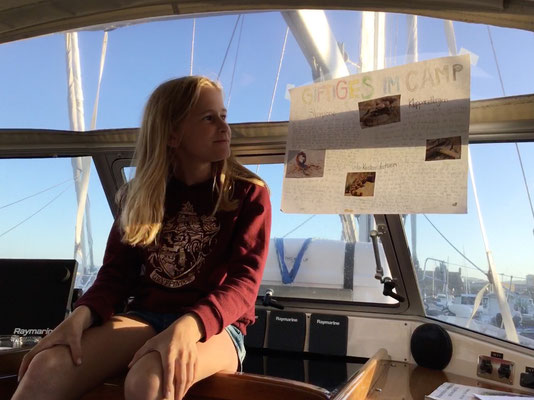