On Sunday the 25th of August we left Dublin and headed towards Spain, but we weren´t sure if we would stop on the way, either somewhere in Ireland, or on the Scilly Isles and maybe even in France, depending on the weather.

For the first part of the trip we motored and then we good wind and put the sails up.

We were a bit nervous because this would probably be the longest trip that we have even done.

In the night Papi heard some clicking and whistling from his cabine and he went upstairs to look what it was. He saw dolpins going through blue glowing plankton and it looked really nice. He quickly woke everyone up. That was the first time on this journey that we had seen dolphins. Together with the many stars this was really magical.

The next day Christian got seasick. After some discussions we decided to moore one night in the Scilly Isles. On the mooring bouy there was a dinghy that was there to use. But the engine didn´t work so we had to row to the shore. On the isle there was a local party with music. We joined the party for a bit and had some crepe with nutella and banana for dinner.

The next day we the Scilly Isles to go across the Bay of Biscay. On the way we saw loads of dolphins. They swam with us on our bow, this was the best experience ever! We watched them for hours.

On this trip, there was not so much happening, we watched a film, ate and slept. Andrin and I also did a race along the boat so see who was fastest, but of course we were clipped on. Andrin won by a long way.

We had bought six liters of milk for across the Bay of Biscay but on the first morning we openend one milk and it was sour. So we took the next one and it was also sour and we opened the third one and we noticed that all our milk had gone sour from the movement. We only had one liter of UHT milk left for the whole crossing.

The most exciting was that Andrin and I did a night shift with Mami. Our shift was from 10 pm to 1 am. Andrin went to bed at midnight and I stayed up until the shift was finished. During the shift we ate cookies and saw dolphins. We also counted stars and saw the milky way.

After 3 and ½ days we arrived in A Coruna. Andrin and I were really excited to shout “Land ahoi”, but from the moment we first spotted land until we really were in A Coruna it still took a long time.

When we arrived in A Coruna we celebrated the crossing with a nice apero :-) 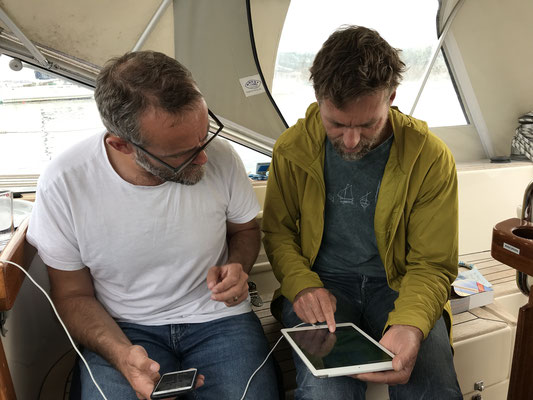 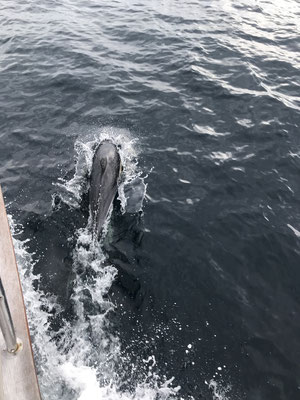 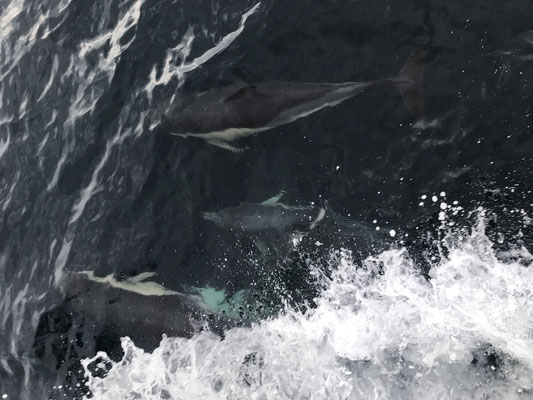 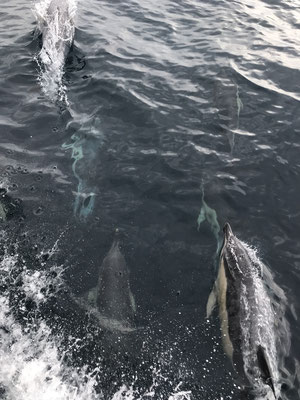 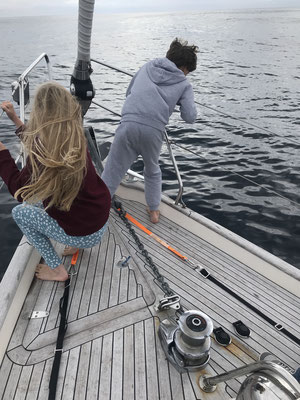 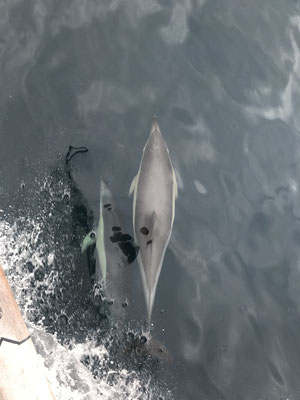 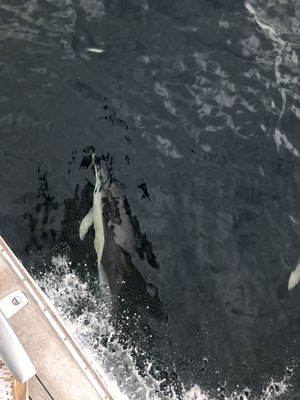 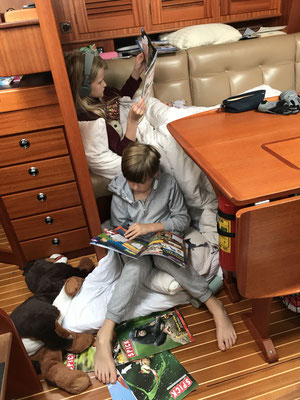 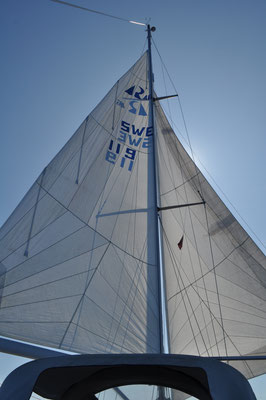 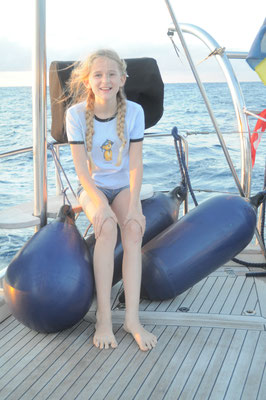 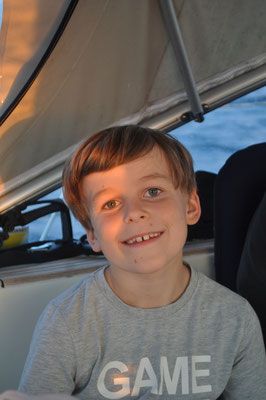 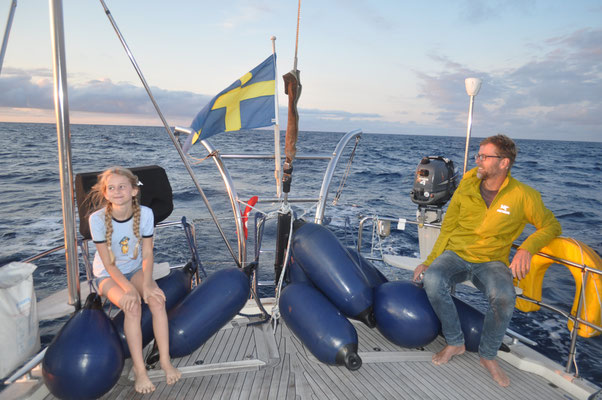 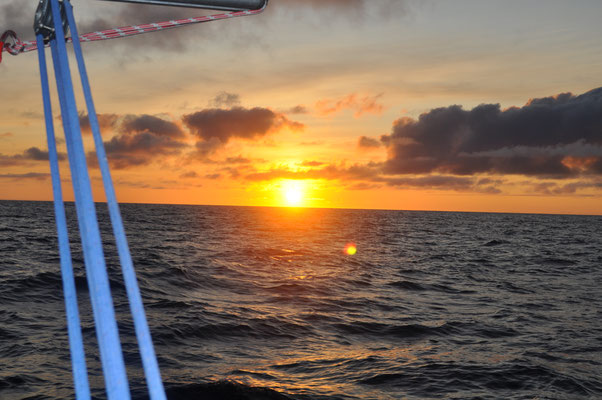 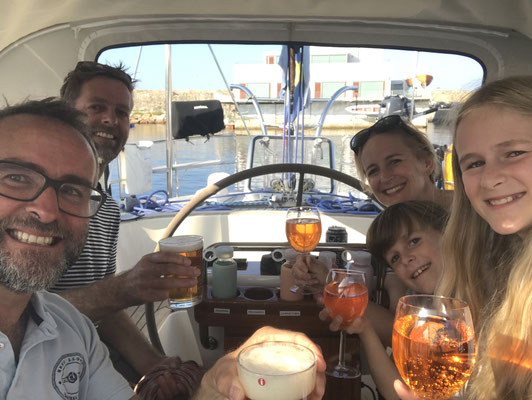