Although the weather forecast for the trip from Bangor to Dublin was not so good, we had to leave to pick up crew and make it across the Bay of Biscay on time. It was the most uncomfortable trip so far, it was very wavy and choppy and the wind was coming from the very front. All of us felt sea sick, but at the end we made it to Dun Laoghaire, which was a very big marina outside Dublin.

On the twenty-third of august we got up early to pick up Christian, who would cross the Bay of Biscay with us. We took a taxi to the car rental place and hired a car there. From the car rental place we drove for three hours to Cork Airport. On the way we stopped to get a coffee and some breakfast. We arrived at the airport, picked up Christian and then we also passed by a boat shop, to pick up the off-shore life raft we had ordered for across the Bay of Biscay. The people in the shop had ordered a slightly wrong one, but after a long discussion we thought it would be OK and we took it anyway. Then we had to go to Cork marina, because we had ordered a satellite phone to there, as we had originally planned to sail to Cork. The marina was very nice and big. After we had gotten everything we drove back to the car rental place and dropped the car and got a taxi back.

The next day we went in to town and got some things for the boats. Then we did a massive shopping for the Bay of Biscay. We took the shopping in the trolley across the town to the marina. Later Andrin, Mami and I went to return the shopping trolley and on the was back we went to a shop and I got a new Harry Potter hoodie. 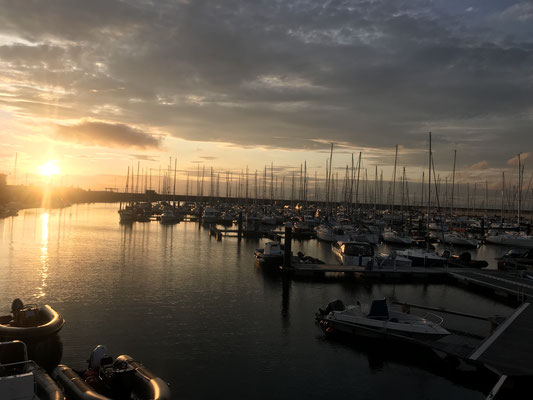 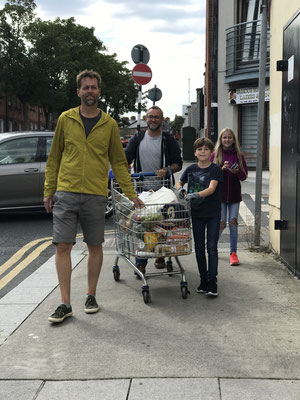 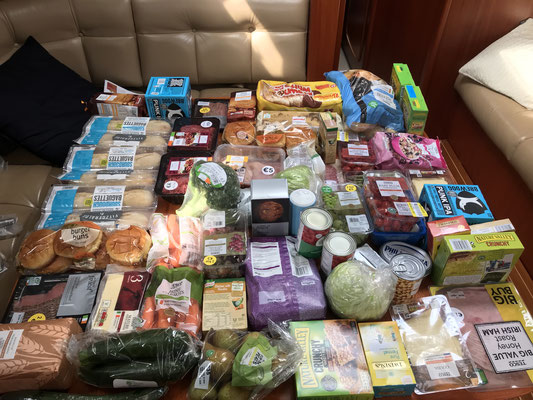 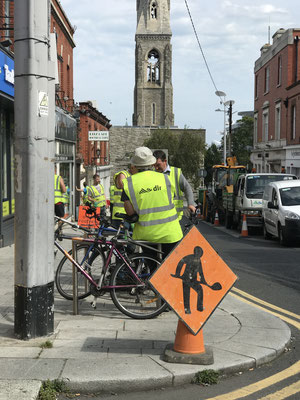 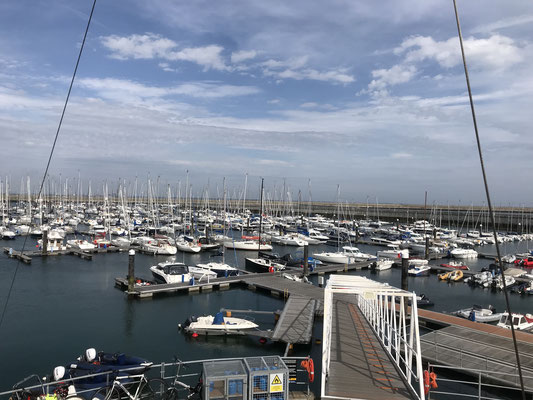 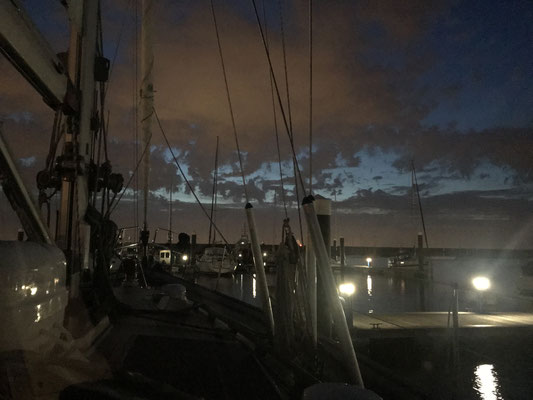 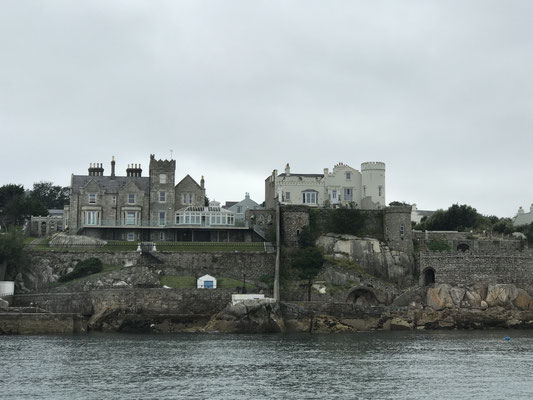 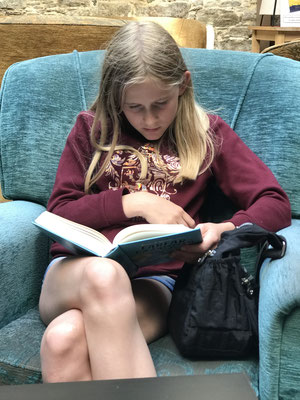