On the 31st of July we entered the Caledonian Canal. The canal is 96.5 km long, 35.4 km are man-made and there are 29 locks and 10 swingbridges. Most locks in a row are the Neptune’s Staircase, there are seven locks in a row. To go through a Lock you need two very long lines and two people need to be on land. On the first half of the canal, the locks fill with water and your boat goes up. In the second half the water is let out and you go down. In the first lock we were a bit nervous. We all stayed on the boat and guarded the lines. The lock-keeper and Mami were off the boat and carried the lines on shore. The lock-keeper was very friendly and gave us good tips. He warned us about the little motorboats that people without any boating knowledge could rent. He said that these people didn´t know what they were doing. We experienced that too, I will write about that later.

On the first day we went through a swing bridge and 5 locks and then we stayed in Dochgarroch lock. There we saw two turtles in a garden, in their cage. It was written that they were almost 100 years old and in this family for more than 70 years.

During the night, Grossmami got food poisoning and had to throw up all night. The next morning she was okay and we continued through the next locks.

The view along the canal was really nice.

The next night we anchored in Loch Ness. Unfortunately we did not see the Loch Ness monster even though Grossmami thought four times that she had seen it. But she pointed out the same boy every time. We had a good laugh!

Grossmami brought some Swissflags which we attached to the mast as it was 1st of August. We celebrated the Swiss National Day with Swiss chocolate and Swiss cheese (all from Grossmami).

The next morning we went for a hike up to a waterfall. We had a lot of fun with counting all the steps with Grossmami. Grossmami was really fast, she is really fit and we were impressed.

On the way up we found a little house which was a little café which was decorated really nicely. The lady was very friendly. In her little place she painted porcelain and baked home-made cake. We all had a refreshing drink and some cake.

Then continued and once we were on the top, Grossmami was disappointed about the waterfall, as she thought the Rheinfall was much more impressive :-)

On the way down we counted the steps again. Back on the boat, Andrin and I went for a swim. It was the most freezing swim ever. The water was about 10 degrees. We managed to swim one whole round about the boat but we had to get out quickly afterwards.

After more locks and swing bridges we arrived in Fort Augustus. We went for a walk and saw a motor boat trying to moore on a pontoon. They had big problems and banged into everything and didn´t have any fenders out. It was funny and painful to watch. (told you I would write about it later).

Next we saw a building that looked like Hogwarts, it was an Abbey. We went and there was a German man who gave us a guided tour. He told us about the history of the building. Now there are flats and a swimming pool and a billiard room and a lot more.

We were very hungry and Grossmami invited us for a nice meal in a nice restaurant.

We continued with the locks and then we reached Neptun´s staircase. When we went through the lock, we had a lot of people watching us. One woman even stepped on our boat without asking and her husband took a picture. We thought it was pretty rude (“so a Frächheit!”).

At the end of Neptun´s staircase we had to leave the boat and fly back to Switzerland as quickly as possible as Grosspapi´s health had gotten a lot worse. Unfortunately he died. We were very sad and we stayed in Switzerland for a while. 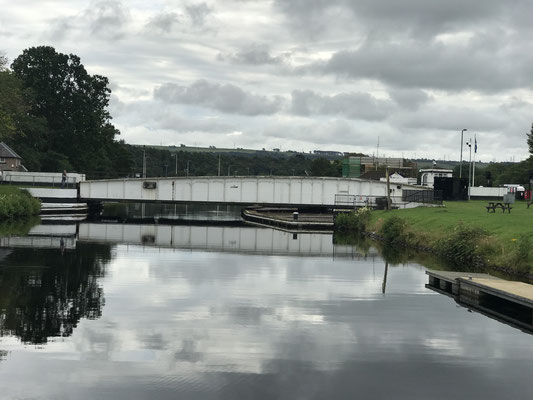 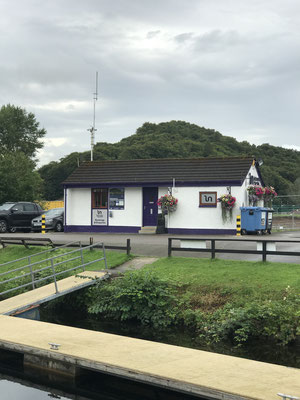 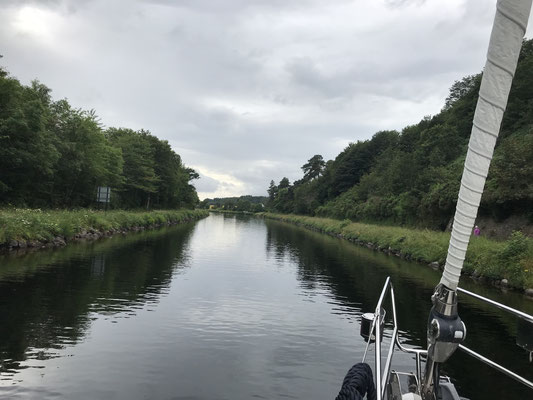 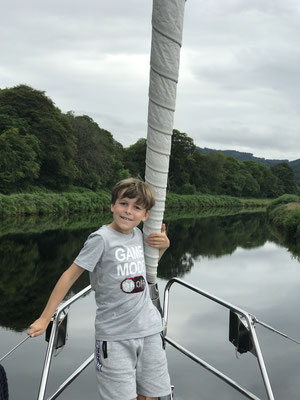 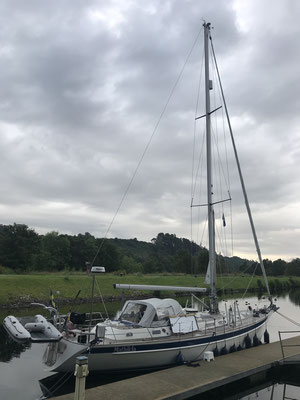 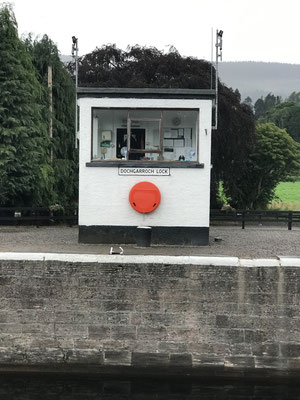 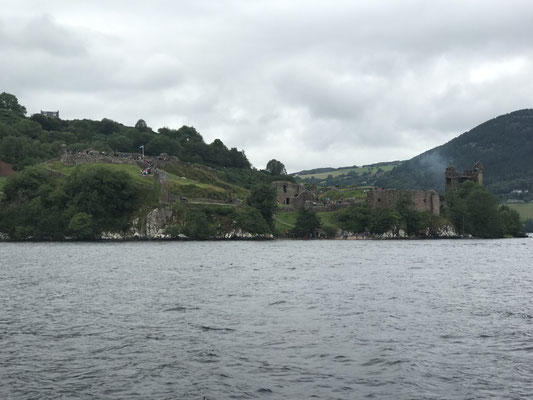 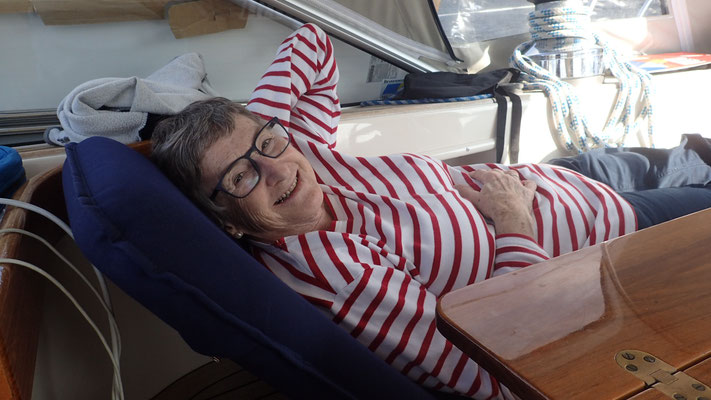 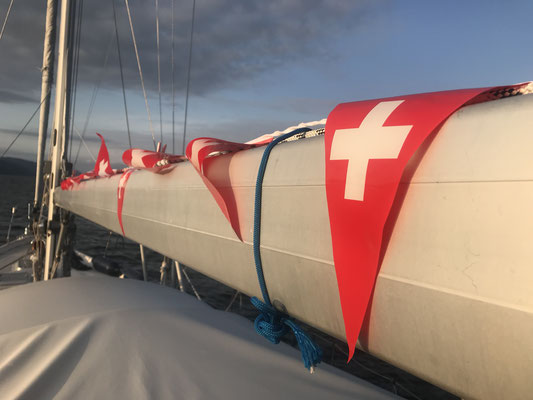 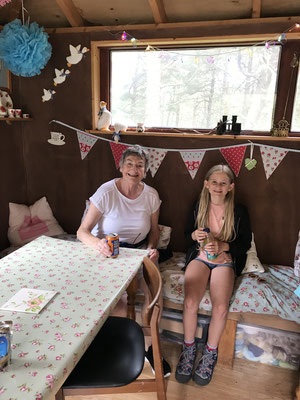 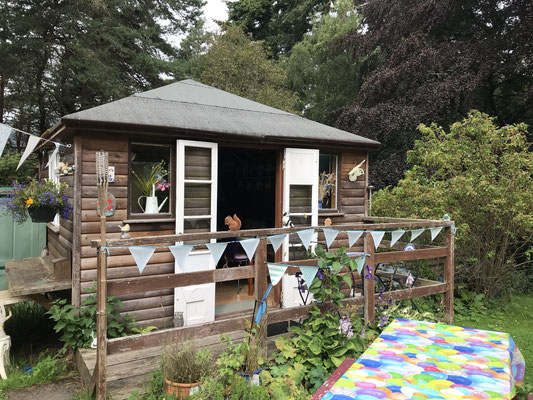 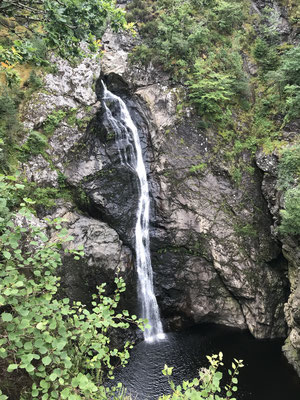 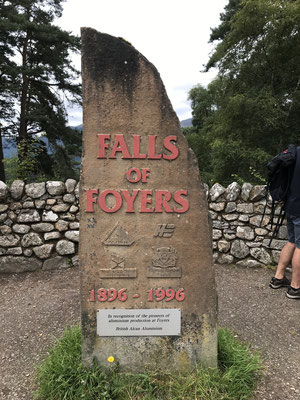 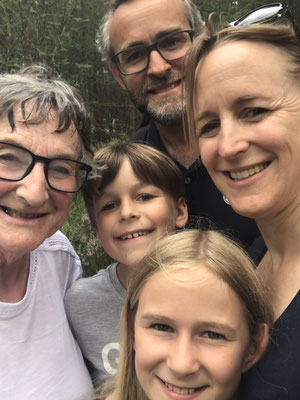 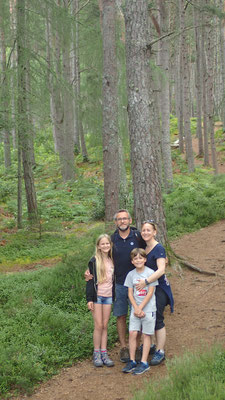 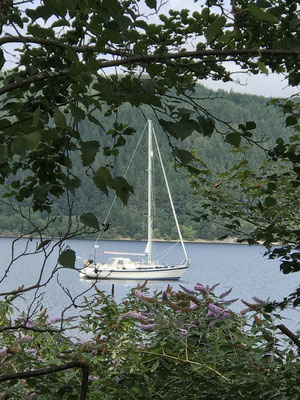 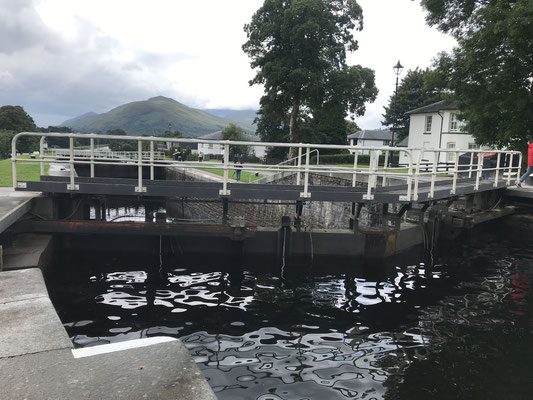 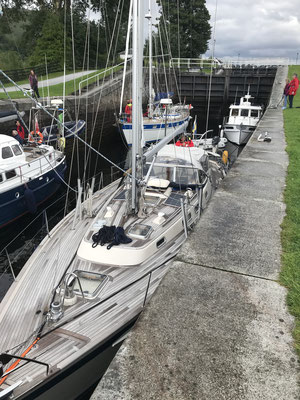 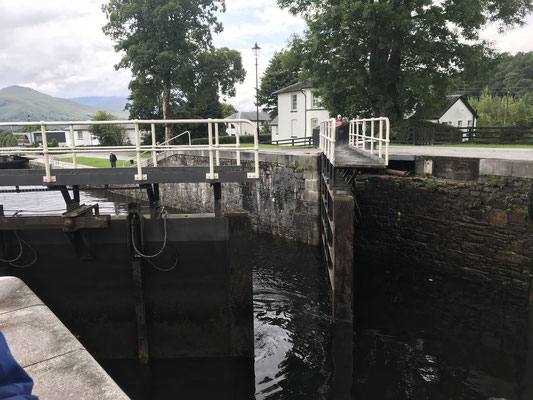 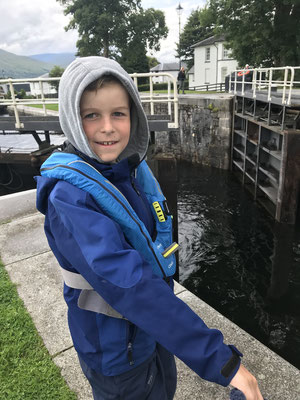 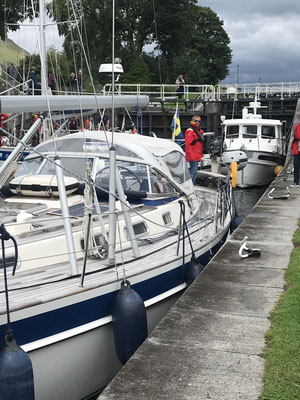 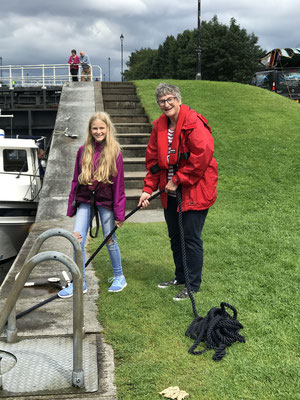 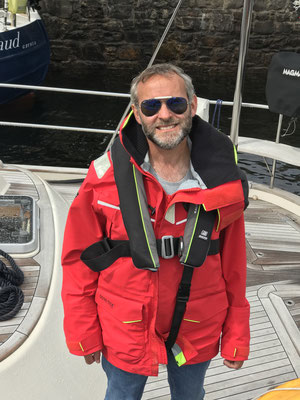 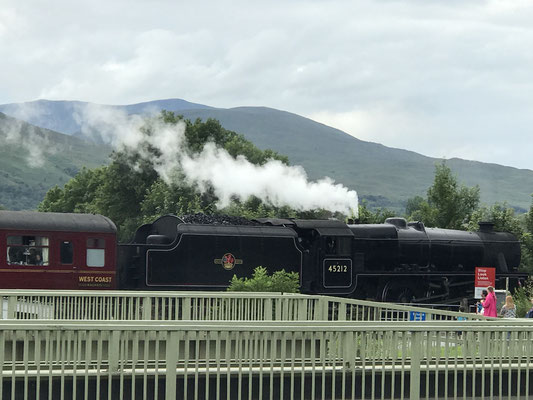 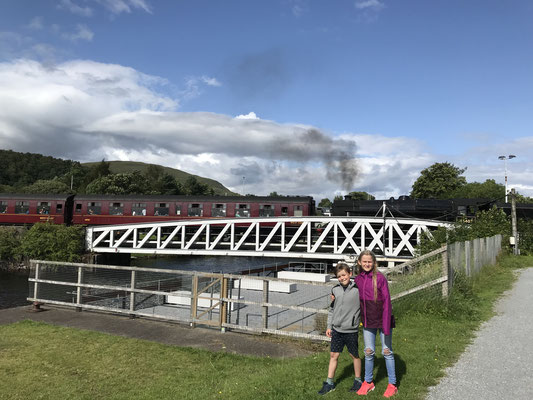 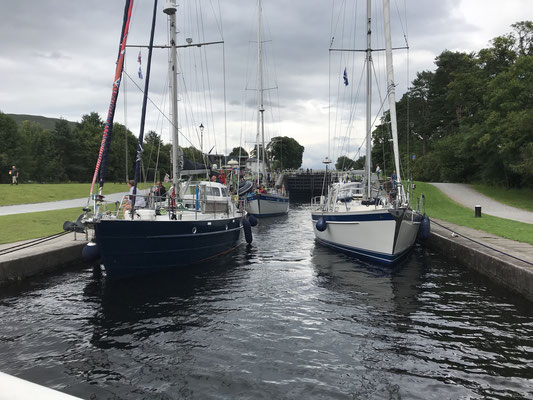 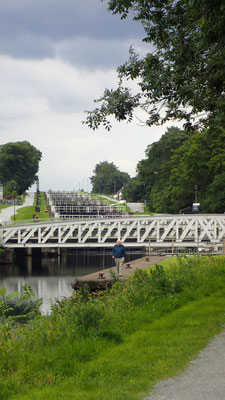 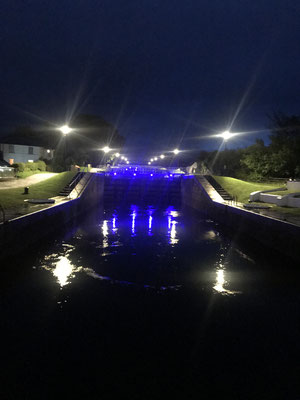